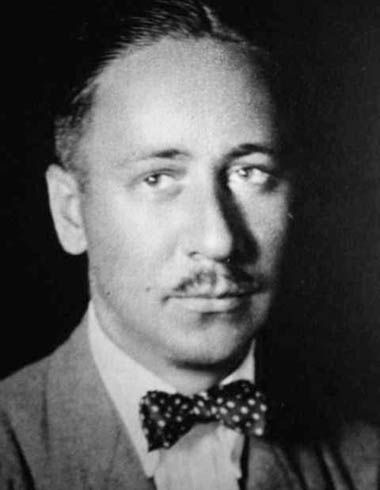 "Born in Worcester of old colonial stock, Robert Benchley would grow to become one of America’s most admired wits. A self-described “confused liberal,” Benchley was a professional humorist who was at heart a deeply troubled man."
--Steve Siddle, from the Worcester Telegram, July 24, 2019

Robert Benchley was an American humorist, actor, and drama critic, whose main persona, that of a slightly confused, ineffectual, socially awkward bumbler, served in his essays and short films to gain him the sobriquet “the humorist’s humorist.” The character allowed him to comment brilliantly on the world’s absurdities.

A graduate of Harvard University (1912), Benchley held a variety of jobs in New York City before becoming managing editor of Vanity Fair in 1919. There he worked with Robert Sherwood and Dorothy Parker until January 1920, when both Sherwood and Benchley resigned to protest the firing of Parker. About this time Benchley, Parker, and other wits of the Algonquin Round Table—which its members referred to as the Vicious Circle—began their celebrated lunchtime meetings at Manhattan’s Algonquin Hotel. In April 1920 Benchley joined the staff of Life magazine as drama critic (1920–29). During this period he published his first collection of essays, Of All Things! (1921), and became a regular contributor to The New Yorker (1925). He was drama critic for The New Yorker from 1929 to 1940 and wrote its “The Wayward Press” column (under the pseudonym Guy Fawkes).

His monologue “The Treasurer’s Report,” initially delivered as a skit in an amateur revue for the Algonquin group in 1922, was the basis for one of the first all-talking cinema short subjects. He subsequently acted in and sometimes wrote motion-picture short subjects— The Sex Life of a Polyp (1928), Stewed, Fried, and Boiled (1929), How to Sleep (1935; Academy Award for best live-action short film), The Romance of Digestion (1937), and The Courtship of the Newt (1938)—among them. In all, he made more than 40 short subjects and appeared in minor roles and a few supporting roles in some 50 feature films. He often played a confused, annoyed, and mildly sarcastic drunk. It was a role that suited him. He once said, “I know I’m drinking myself to a slow death, but then I’m in no hurry”; he died of cirrhosis of the liver. "

Although films and radio brought Benchley wide public acclaim, his writings probably constitute his most lasting achievement. His essays are collected in 15 books and illustrated with Gluyas Williams’s superb caricatures; the books include Pluck and Luck (1925), The Early Worm (1927), My Ten Years in a Quandary, and How They Grew (1936), and Benchley Beside Himself (1943). As he grew older, however, his whimsical, even absurd humour became increasingly at odds with his darker vision of the world.

Many critics consider his early writing his best, and he himself said in 1943, “It took me fifteen years to discover I had no talent for writing, but I couldn’t give it up because by that time I was too famous.” Nevertheless, his best writing revealed a “humanity, tolerance, and wisdom” (in the words of Donald Ogden Stewart) that were virtually unsurpassed. In addition to Stewart, Benchley’s admirers included humorists E.B. White and James Thurber. The Benchley Roundup (1954), edited by his son Nathaniel, is a selection from his writings, as are The Reel Benchley: Robert Benchley at His Hilarious Best in Words and Pictures (1950), with an introduction by film executive and songwriter Howard Dietz, and The Best of Robert Benchley (1983, reissued 1995).

END_OF_DOCUMENT_TOKEN_TO_BE_REPLACED

This feature require that you enable JavaScript in your browser.
END_OF_DOCUMENT_TOKEN_TO_BE_REPLACED

This feature require that you enable JavaScript in your browser.
END_OF_DOCUMENT_TOKEN_TO_BE_REPLACED

This feature require that you enable JavaScript in your browser.
END_OF_DOCUMENT_TOKEN_TO_BE_REPLACED